“The band is simply incredible on stage. The successors of Sexy Sushi?” 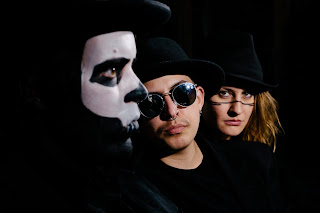 We are so excited to showcase Parisian Electro/Techno/Rock band at this year's show! The three band members Funérailles, Gringo & Simone de Bavoir will rock the stage, their music being a cocktail of energy, erotism and a good dose of electronic sweat. We are looking forward to a performance that is - to say the least - extraorinaire! Pussy Chérie released their first EP "Introduce the Pussies" back in February and a 2nd EP is in the making. We can't wait for Saturday! www.pussycherie.com
www.pussycherie.com/videos 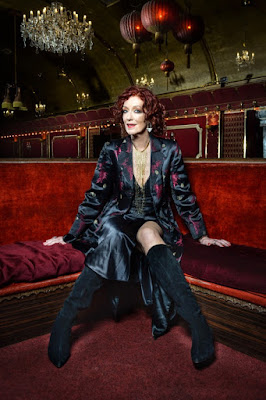 Maggie K de Monde, (SCARLET FANTASTIC) whose musical work spans
over 4 decades has recorded a new album REVERIE. A collection of songs inspired by her life events, her travels, nature and dreams, all underpinned with her natural sense of drama. Maggie wanted an acoustic/organic vibe for her album with emphasis on vocals, drawing from classic folk influences spanning the decades since ‘60s, European and American.

Maggie enjoyed chart success in the '80s with her bands Swans way (Soul Train) and Scarlet Fantastic (No Memory) She toured extensively in the UK & Europe and recorded an album in New York with Mike Thorne. Maggie appeared on all the TV shows of the time including Top of the Pops, The Tube, The Old Grey Whistle Test, The Roxy, No Limits and MTV.  Maggie’s very first band appeared on TV with fellow Birmingham band Duran Duran and then also toured with them as their single Planet Earth hit the charts.

Last year Maggie stayed in New York with producer Mike Thorne (Wire, Soft Cell, Bronski Beat) and they wrote and recorded in his Greenwich Village studio. One of the songs from the session is featured on her new album.

On the night of FRONT ROW, Maggie will be opening the show with "Nature's Way" and a new collaboration track called "Heartbreak House".