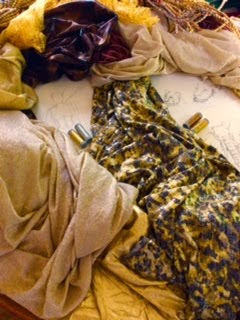 In Your Element is a collection of wearable art and high-brow glamour. Each individual costume is an external projection of the model’s ‘elemental being’, inspired by mythical creatures’ derived from Chinese astrological divination, Egyptian pantheon of gods/godesses and Hindu Upanishshads. 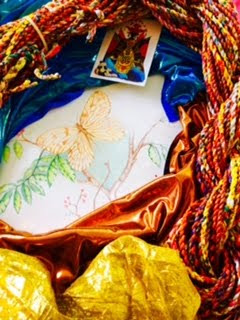 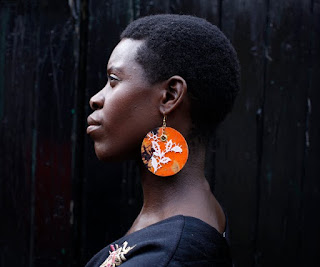 AFRORETRO is headed by British-Ugandan sisters Anna Nabirye & Lilly Babirye. They fuse both their homelands into their fashion, accessories and jewellery. Many of their collection is upcycled - foraging for unloved and forgotten garments and fabrics they breathe new life into them with just a tad of Uganglish flavour.
The jewellery collection fuses fabric remnants and organic materials such as dried banana leaf and bark cloth hand harvested and prepared by Ugandan artisans.
The AFRORETRO sisters love making and creating so much they want to share the love! They hold creative happenings popping up with their unique upcycling and remaking workshops. Helping EVERYONE find their inner creative through fashion, textiles and craft practice.
AFRORETRO sources most its fabrics from charity shops, vintage shops, dead stock and happy British and European small factories. They are dedicated to using fair wage labour and all their products are made in an ethical factory in Mile End London, through social enterprise women's co-operative HEBA as well as making some items themselves in their studio.
Currently based in London they will be winging themselves to St. Leonards in the new year - so watch this space 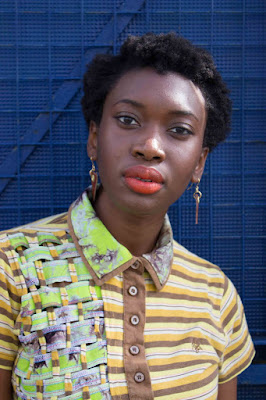 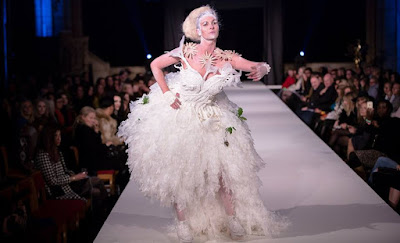 Ms von Bulow works from her studio on the South Coast of England as an illustrator, set designer and creator of elaborate Paper Couture designs.
As the name suggests, all of her magnificent and incredibly detailed gowns are made entirely from delicate tissue paper. The idea behind using this medium is the creation of a fashion and artistic statement that exists in the moment and can only be owned at the time it is worn.

A degree in illustration at Brighton University gifted von Bulow with a uniquely different design perspective, compared to more traditional, ubiquitous wedding and evening gown designers'. Von Bulow uses beautiful translucent, ethereal and specially treated tissue paper that has no equal in the world of fabric.  Subsequently each of von Bulow's dresses is a unique piece of art, or a paper sculpture and commands attention. Her creations are imbued with a distinctive “Avantgarde” attitude, which captures the fleeting and capricious nature of fashion but in a transient and magical way.
Freya has recently ventured into the realm of interior sculptures, large scale paper installations and lampshades. 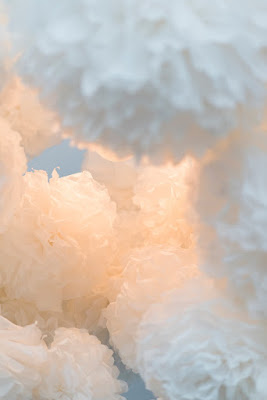 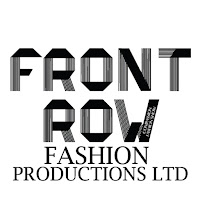